Our current draft for the power tree in proto_v2 still has specificity for the BB-xM assembly (since that acts as external CPU for testing the prototype), yet it anticipates the final design, so we can ensure the components can already be put in the right places.

Connecting the BeagleBoard-xM was not obvious though. At first Joerg and Werner considered using FPC. Then Joerg remembered the Sony NT-1 digital audio cassette recorder from 1994, that used a flex PCB folded 4 times to fit the case! o_O 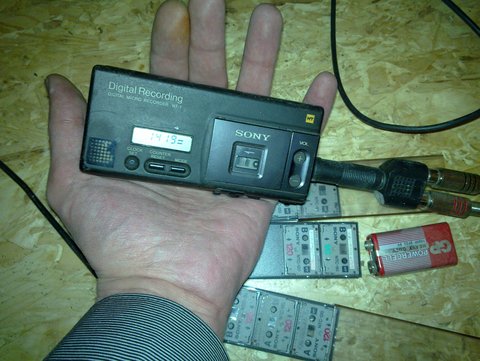 Then they decided a ribbon cable would do the job just fine, without all the weirdness, and added difficulty and costs.

This draft illustrates how BB-xM and proto_v2 will be placed with respect to each other; notice how the UPPER PCB extends far beyond the rear of the case and connects to the BB-xM. This is how we build proto_v2 to use BB-xM instead of the embedded SoC. 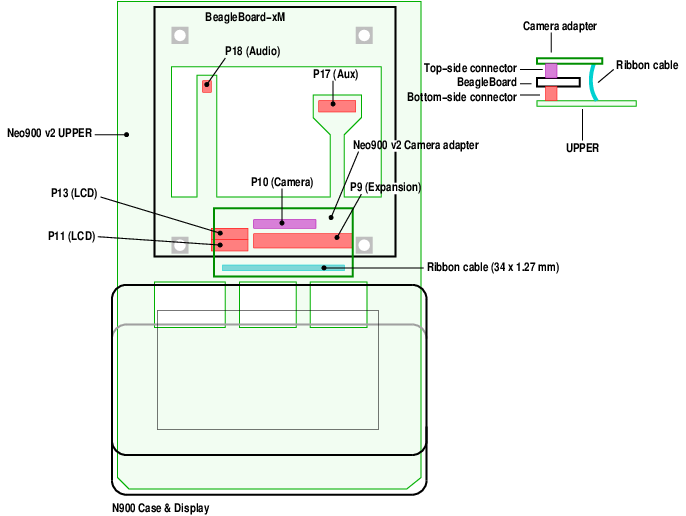 OK, we did it: no more terrible QUERY_STRING URLs in our public Git repositories that where unreadable, hard to remember, and hardly pastable. Now everything looks like it's made to last:

Redirections are not in place yet, so if you find an old URI that's broken please blame how900 on Freenode and it will be fixed soon.

Oh, and we ditched Gitweb for CGit, killing one stone with two angry birds.

W. Martin Borgert (AKA. 'debacle' ;o) opened a wishlist bug to the Debian BTS to package eeshow, Werner's "Schematics renderer and viewer for KiCad". His "justification for packaging" is a nice praise for Eeplot:

Eeplot fills a gap: So far I was not able to produce a searchable PDF with KiCad, because it always made plotted lines from text. Eeplot does it right!

There are News and News

In the last couple of months we've been experimenting with publications to find our marks in delivering timely, updated, interesting, sometimes humorous contents (or vice-versa) and keeping you informed of the development of the Neo900. It's not always easy to ponder what's newsworthy and what's not, and how to convey the spirit of Neo900 as well as noteworthy 'events'.

So far we only had news hard-coded into our website. Lately I've been trying to find balance and distinguish several types of 'news':

So in the coming weeks and months I'll restructure the website to reflect this undercurrent dialogue informing experts and profanes alike on the pulse actualizing Neo900.

Thank you for your attention,

hellekin for the Neo900 team