As we're getting closer to the layout for proto_v2, we prepared the following summary of Neo900 design to describe its structure and mechanical constraints. But before that...

Neo900 is now an official [IRC] group on Freenode!

This not only means that we now really "own" all Neo900 related channels so they are safe from possible "hostile takeovers", we also may now assign 'cloaks' (virtual hostmasks) to team members and supporters of the project. A cloak is the assigned right part after "@" of the full username in IRC. So instead of ~jr@123.234.213.231 you see for example ~jr@neo900/coreteam/joerg when you do a /whois joerg-neo900 or hover over the nickname with the mousepointer.

The design consists of three boards, as shown in the drawing on the first page of the Neo900 IO Expanders white paper.

The goal for now is to make what we call the "v2" prototype, where UPPER can be as large as we like. After that, the UPPER for the final product will be similar in shape to LOWER but a little smaller.

We maintain an interactive block diagram that illustrates to which board the various subsystems will go. Here is a snapshot of our schematics. You can download a snapshot of the design files, that live in the following repository: https://neo900.org/git?p=ee

The final product will have an OMAP DM3730 processor, memories, etc., but for v2 we keep things simple and use a Beagleboard-xM as external "brain", and just implement the peripherals.

We expect the final UPPER to need 8 layers, due to the 515-pin 0.4 mm BGA of the OMAP. UPPER of v2 should be considerably easier. We expect LOWER to need at least 4, probably 6 layers. BOB is simple and 4 layers should be plenty. All boards should be 0.8 mm.

This video shows an earlier prototype (only LOWER, basically just modem and a few switches): 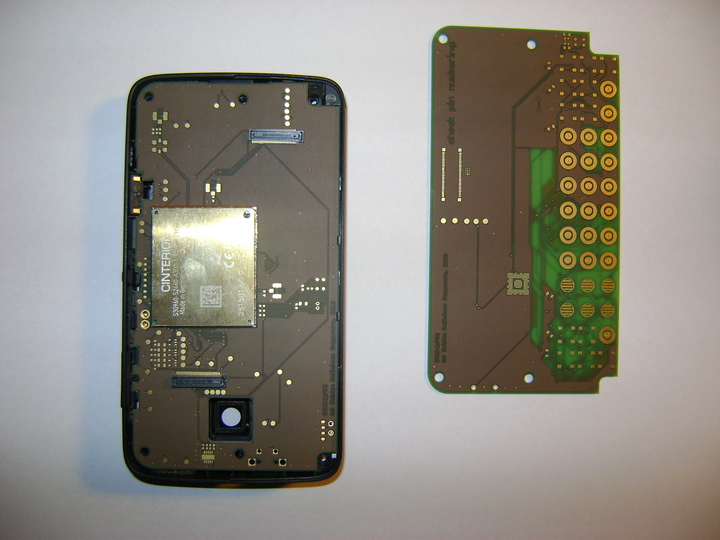 Schematics Wrapping Up Towards V2 »